Long time veterans to the Truck Tyre industry may remember a time that the sidewall marking “M+S” (mud and snow) was used to identify a winter or all-season tyre. Supported by advertising, M+S tyres presented an unspoken promise that they would provide traction for all seasons including snow and heavy winter conditions. Eventually, drivers realised that this unspoken promise wasn’t a guarantee for the desired level of traction. Turns out that this small acronym meaning “Mud and Snow” could be slapped on any tyre regardless of the tyre’s capability in these elements…and so it was. So, what was to be done about this? Introducing the “3 peak mountain snowflake” a legislatively backed sidewall marking that could guarantee the winter performance so often needed. 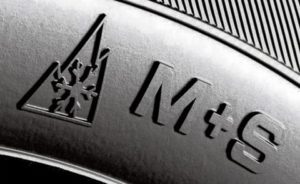 Now if whomever is casting their eyes over this blog already works in, or knows of, the truck tyre industry then you are likely already aware of the M+S backstory…so why mention this? Well in an almost deja vu series of events the same can now be said of the sidewall marking XL/HL (meaning High/Heavy/Extra Load). There is no legislation attached to this marking meaning these truck tyres could have the capability of withstanding the load of a nissan micra and there would be nothing stopping the manufacturer claiming it’s “XL” capable. After all an “extra load” capability could mean different things to different people.

Of course, there is always a requirement that the actual load rating, in the form of a number, is included on the tyre sidewall although, for some, these ratings aren’t easy to interpret. A quick google search and anyone can find the tyre rating and the associated maximum load but why wouldn’t you trust the manufacturers promise? It says high load surely it must be… so can’t you save time and trust this marking? Not anymore! Unfortunately, we are now in a day and age where we can no longer completely put our trust in the word of a manufacturer (think about when cigarettes and coca cola were advertised as healthy). 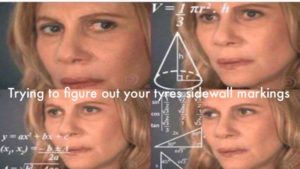 Unlike with M+S there isn’t a marking that will replace the XL/HL to indicate an extra load capability, because it’s already there in the form of the actual load rating. We are now being made to put the onus back onto ourselves and check our load ratings ensuring they are 100% correct to our own personal requirements. Manufacturers will slowly start to phase out the use of XL or HL markings and so it will be seen less and less until it drifts into obscurity and we all speak about how they used to be there “back in the day”.

Based on the communications we have had continental will be the first to remove these markings, no doubt other manufacturers will quickly follow suit. So, we suggest everyone do their revision on their load ratings ready for the impending change. 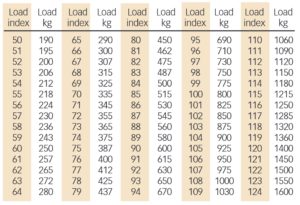